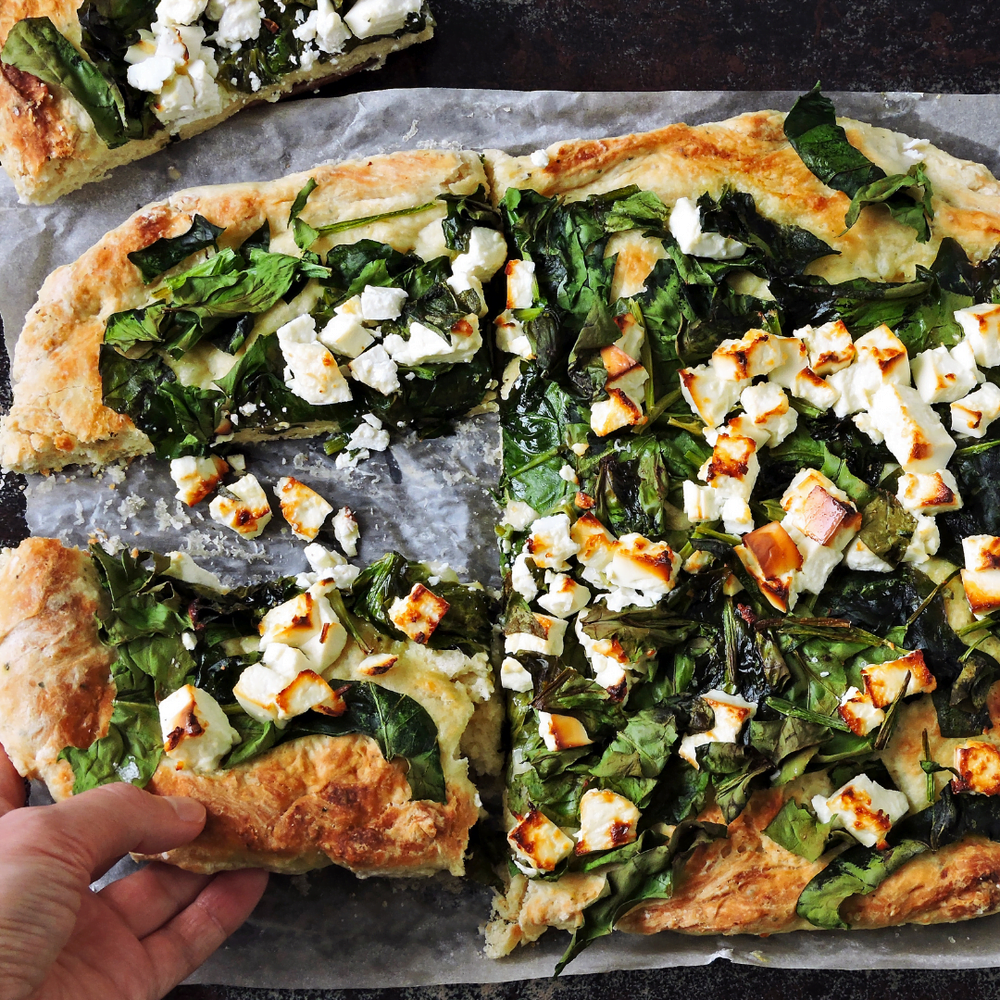 10 Easy Ways To Throw Frozen Spinach Into Your Meals

Greens, glorious greens! Lord knows I love em, but I know not everyone does; and even for the veg enthusiasts like me out there, some…

Greens, glorious greens! Lord knows I love em, but I know not everyone does; and even for the veg enthusiasts like me out there, some days it can feel like a real effort to ensure you’re getting a decent dose of green goodness into your diet. Not to mention sneaking extra veg past the palate of a picky partner, or the astonishingly sharp senses of a small child.

This is where I find always having a bag or two of frozen spinach portions handy is truly helpful. One cup of frozen spinach has more than four times the amount of nutrients – such as fiber, folate, iron and calcium, than a cup of fresh spinach – and it’s a life saver on those days when the veggie draw holds little more than a wilted stick of celery and a soggy zucchini. Frozen spinach is unoffencive in flavour and texture, and I throw these little guys into anything I can; I wanted to share with you some creative ways to use the humble ol’ frozen portions that you might not have tried yet.

Throw it into your rice cooker. Yep – you can add a handful of frozen spinach portions into your rice cooker to spike those beloved carbs with a nutrient hit. No need to adjust the cooking process, just pop them in with the rice and water – a drizzle of olive oil and a pinch of salt goes a long way, too!

Mix it with goats cheese and smear it onto puff pastry. This is a killer snack or canapé! Thaw your frozen spinach and squeeze the water out, before mixing it with a few tablespoons of goats cheese. Spoon it onto squares of puff pastry and throw it in the oven. Delish!

Make an easy greens omelette. It’s Saturday morning and, because it’s not yet Sunday, you’re keen to seize the day with a healthy start. But, being a weekend, you’re running low on groceries and don’t fancy venturing out for some just yet. This is when having some frozen spinach waiting for you in the freezer is a game changer! Gently thaw it out in a pan with a drizzle of olive oil, then pour over 2 beaten eggs, a splash of milk and season well. Cook for a couple of mins, fold, and flip! Ps – adding in any random cheese you have floating around, or a few hunks of tomato works well!

Chuck it into your broth or soup. Reheating a quick soup or bone broth for lunch? Why not give it a boost with your mate, frozen spinach. Works well with bone broth or those quick and easy ready made soups we all buy when we don’t want to cook but want to be healthy.

Top your pizza with it. Yes, frozen spinach is fab on pizza! Thaw it out, squeeze out any remaining liquid and add it to your usual rotation of home made pizza toppings. If you’re wanting to try something different, spinach is great on a white pizza – think a variety of cheeses plus your spinach – and, if your pantry is fancy, a drizzle of truffle oil!

Green mash. The humble mashed taters just got a facelift, baby. I love adding frozen spinach to my mash to boost the nutrient profile. Works best with thawed portions, or you can throw the spinach in with your boiling potatoes for the last 30-60 seconds if you’re short on time. Adding frozen peas to this mash is also fab! Obviously, a generous amount of butter and a good seasoning with s&p is what makes mashed potato so good – don’t skip this step!

Easy Shakshuka. This is a super handy recipe to keep up your sleeve. Add some tomato pulpa to a ramekin, and throw in a portion of frozen spinach and season well. Pop into a hot oven for 5-10 mins, before cracking an egg into the mix, topping with feta and returning to the oven for a further 10 mins. This is the lazy gals shakshuka – goes beautifully with buttered sourdough – extra points if you have some fresh parsley and olive oil to garnish them with!

Add it to your slow cooker dishes. All of them. Using a slow cooker? This is not a time to use restraint with your frozzie spin. Whatever you’re making, chuck it in! With all the divine reducing, softening and simmering a slow cooker does, you’ll barely notice the added greens there, and your meal will be that bit healthier simply by throwing in a handful of these friendly portions.

Spinach quesadillas. This is a popular one for kids and adults alike! Grate one or two of your favourite cheese varieties and mix it with some thawed frozen spinach (excess liquid squeezed out). Place a soft flour tortilla in a dry pan, and top it with your mix, before layering another tortilla to seal it. Cook for around 5 mins or until golden and the cheese starts to melt, then flip and cook for another 3 mins. Cut into triangles and serve immediately.