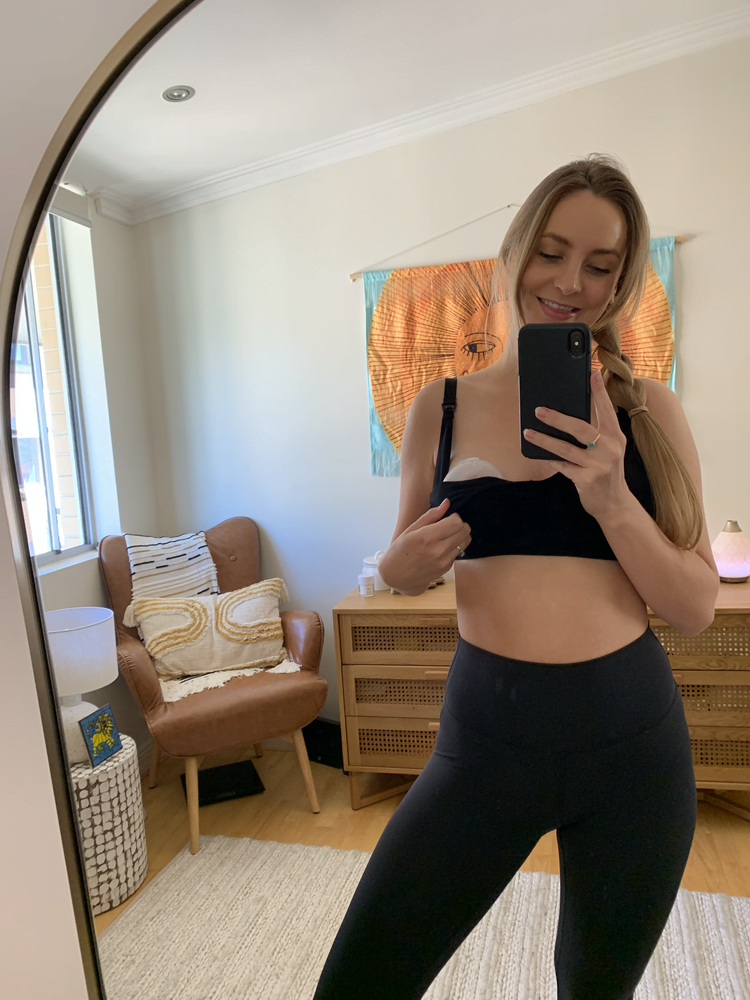 This article is a commissioned piece by Haakaa – however, all opinions and words written are the author’s own. “So – have you got a…

This article is a commissioned piece by Haakaa – however, all opinions and words written are the author’s own.

“So – have you got a Haakaa?” asked my friend Lauren.

“Do you mean the pumpy thing?” I replied. All the mums I knew seemed to hold the Haakaa manual breast pump in such high regard, it was almost taking over in ranking from their partners. Who needs a husband when you have a Haakaa?

“No, I mean the LADYBUG!” Lauren said. “My god, if you don’t have one, I’d love to send you one. Give me your address and I’ll organise it right away.”

I trusted my dear friend Lauren, a mum of three, with any tips or product recommendations she had for my postpartum journey – she’d been through the baptism by fire, and I was happy to gingerly plod along behind her; following her footsteps and accepting any and all advice she might have for easing our sleep-deprived newborn days.

The next week, a sweet little box appeared at my doorstep, holding within it a silicone receptacle that did indeed resemble a ladybug. How lovely, I thought, and promptly put it in a drawer in our spare room. I didn’t think much of the little guy after that, as I was 32 weeks pregnant and still blissfully unaware of the demands that breastfeeding a Tasmanian devil – sorry – infant would hold.

Fast forward to my darling Isabella being ten days old, and I realised I was leaking between feeds. Especially from my left boob – an overachiever to say the least – that bosom had been leaking since I was 34 weeks pregnant, leaving sticky colostrum all over our bed sheets. ‘Ahhh, time for the Ladybug’ I thought to myself. After a quick unboxing and sterilising in boiling water, the silicone collector was firmly attached onto my breast, and I was away.

An hour or so later, I had a little look-see, and to my surprise, the little lady had filled up nicely! I must have collected at least 30mls in that time, all while completely oblivious to my friend sitting comfortably within my bra. And so began my love affair with the Ladybug.

I’ve found this collector to be one of the most valued gifts I’ve received since having my daughter. Not only is it intriguingly robust in its attachment (I’m talking naps, cuddling bub, and even doing downward dog!), it’s honestly barely noticeable once on. The milk it collects feels like bonus points and was particularly handy in my early days of breastfeeding – when my supply was hormonally driven and I was very prone to leaking precious milk.

I took to wearing the Ladybug religiously and checked it every few hours with glee before carefully pouring whatever was collected into a bottle. That bottle bought me precious minutes for things like emptying my bladder or having a coffee because it meant my dear hubby could feed Isabella. The collected milk was also very handy for things like top-ups at the end of the day when my supply seemed to be running low. We stored the milk in the fridge and warmed it up when Issy looked grizzly – knowing that a little extra milkies would go a long way in placating her.

The other benefit to collecting my milk was giving Isabella the opportunity to get used to a bottle. I’ve heard from many mums that EBF (exclusively breastfeeding) led to their little ones rejecting any bottles that were warily offered to them with astonishingly fervid rage. So I was glad to have the chance to get my little milk monster acquainted with a bottle at a young age. I hope that it means she’ll be more open to accepting feeds from a variety of sources as she gets older and her needs change (as well as my own).

The great thing about the Ladybug is that its attachment isn’t via strong suction – so you’re only collecting leakage – meaning you won’t cause oversupply in those tender first weeks of feeding when your body is trying to figure out just how much milk to make for your bub. My only regret is not pulling it out on day one – in the ten days before I remembered I had the Ladybug, I was using breast pads. Not only were they uncomfortable and prone to slipping out, I couldn’t help but feel awful about their environmental impact and ultimate waste of my milk. The Ladybug is incredibly discreet when you consider its holding capacity, and I’ve found that if you’re wearing a loose top, no one would be any the wiser.

Now that I’m a mum myself and have army crawled through the trenches of cluster feeds, raw nips and hourly wake up calls, I’ve got three absolute must-haves in my tool belt of recommendations for preggy friends. The Ladybug sits proudly on that list, along with the Haakaa Colostrum Collectors (more on those another day!) and the Silverette Nipple Shields. If you try one, I hope you adore it as much as I have and can pass down your own tips and tricks to expecting friends, knowing that you’ll be gifting them with golden bonuses like a few minutes to themselves, extra milk for those unsettled moments late in the afternoon, and the comfort of knowing their let down isn’t going to waste by drenching their hideous – albeit practical – new clippy bra.